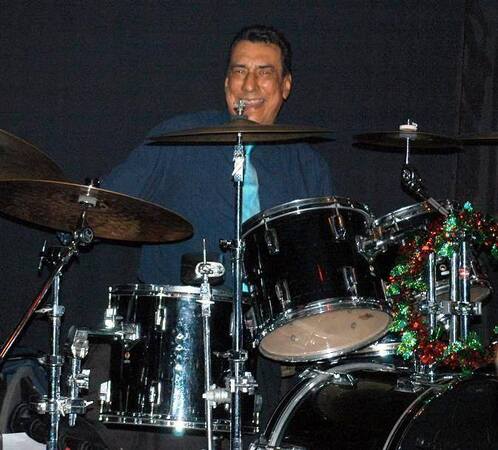 ​Norman Zelaya, known as  'Z', hails from the San Francisco Bay Area, and has been playing drums professionally for over 40 years with teaching experience of over 20 years.

As a music major in college, his education included formal private lessons, performing in academic school bands and orchestras, The Police Athletic League Drum & Bugle Corps, and in a number of High School and College Rock, Dance, and Jazz bands.

​He has a strong passion for performing and teaching, and is adamant in having his students master the concept of time, rhythm, reading, muscle memory, sub-divisions of musical notations, and of course, the drum set itself.

He currently teaches drums at Music & Arts and performs in the Las Vegas and Henderson area.

It is our pleasure to have 'Z' lay down a solid  foundation of  'soul' and years of preforming with our band family CrossFire. 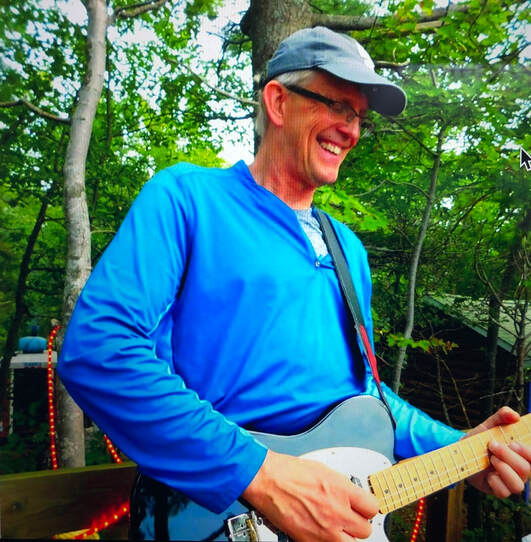 ​Dean started playing in bands as an 11 year old living in Hawaii.
The family moved to Michigan’s Upper Peninsula when he was 14.
Now there’s real climate change!

​During his senior year in high school, he was recruited by the Queen CityRockers, and played at clubs all across upper Michigan and Northern Wisconsin for many years.

After a 10year break to attend to family & business matters, Dean started his next musical chapter in Praise & Worship music in Las Vegas, playing regularly in local churches.

Being an Architectural Consultant, his travels led to involvement with "The Architects of Rock”, a Texas-based group of design professionals who moonlight as a gritty, roadhouse band, based out of their Fredericksburg, Texas recording studio/retreat.
He has also reunited with several musicians in Michigan and performs as a guest artist in local bands several times a year.

Lately, Dean has hitched his wagon to “CrossFire”, a band with strong country roots, that has the flexibility and skill to branch out to other popular song forms and genres as well.
Teddy Hanlon 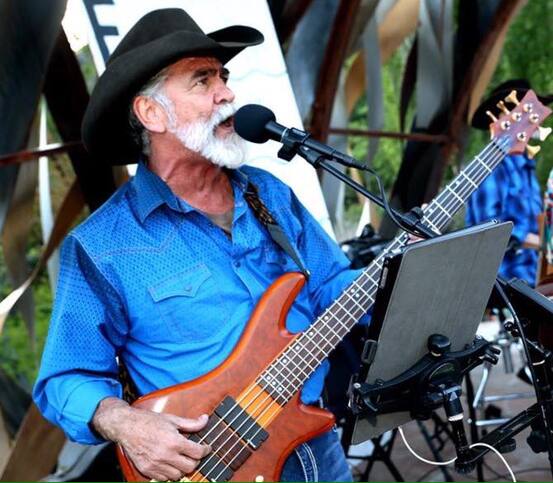 Satellite Members - AKA  'Galaxy of the Stars' 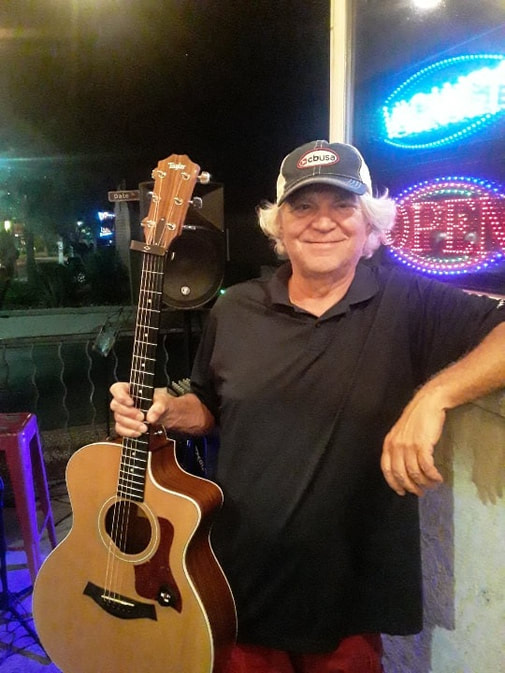 Ricki B. , Guitar and Vocals.

This wonderful Front Man
has played in many  groups over the years and graced us for a short time the last quarter of  2020.
Rickie B. is now among the CrossFire Working All Stars.
We are looking forward to playing with him in the future as he is an awesome player that brings sizzle, excitement and precision with his unique style .
We are excited to see his return from the 2020 hiatus.​ 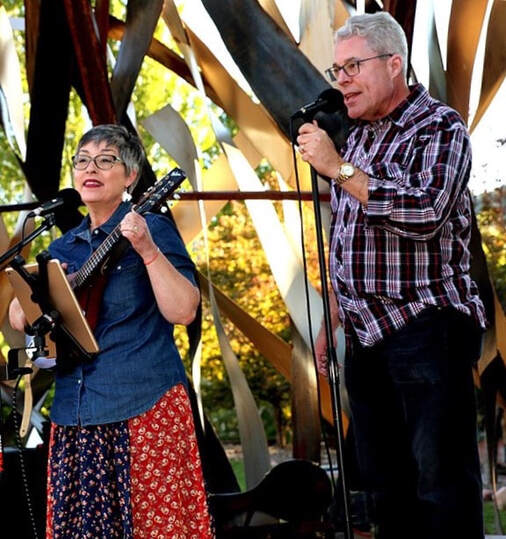 Tom was born and raised in Mississippi and Oklahoma. Early musical interests led Tom to the trumpet, French horn and guitar. Later, due to his love of the great blue-eyed soul singers, focused only on Voice. He has had the honor of singing in churches, stadiums and theaters and with bluegrass groups.
​Tom’s “shining moment” came when he was asked to perform as a backup singer for Evander Holyfield at a crusade in Las Vegas.
​Tom’s soul and crooner influences include Russ Taft, Jon Gibson, Elton John, Billy Joel, Harry Connick Jr. and Stevie Wonder. Tom enjoys being a pilot, but most of all, he loves being the mandolin player’s husband. 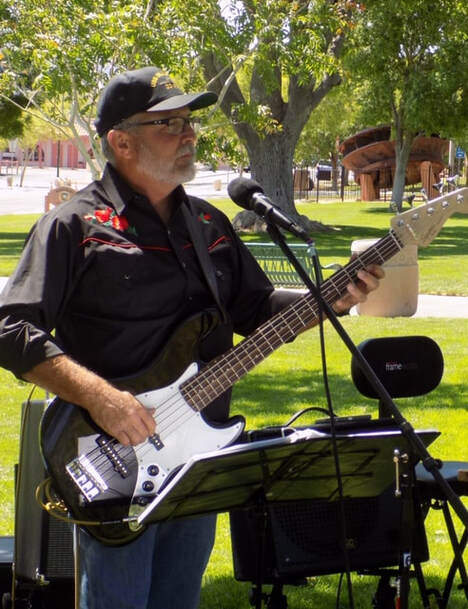 ​Rod Brott, Backup Bass & Rhythm guitar, Vocals
Rod was born in Eastern Wyoming. His family loved playing       and singing music. His paternal Grandpa could play anything with strings. He passed his love for guitar on to his son who passed it on to Rod.
His maternal grandparents met playing music at a Barn Dance. Grandpa played the banjo and Grandma played the piano. Family gatherings would always turn into a jam session!
At age 12 Rod began touring full time in a family band with his parents, sister, aunt and maternal grandparents playing revival services at churches. Everyone sang and played an instrument. Rod would alternate between the guitar, steel guitar, bass guitar and banjo. He also sang the bass parts. As an adult, Rod served in both the Navy and the Army taking his guitar with him and playing wherever in the world he was stationed. In May 2017, He moved to Henderson, Nevada from California and quickly made friends with Pam and Randy. They mentioned they needed a bass guitar player for their band. So, he became a member of CrossFire. 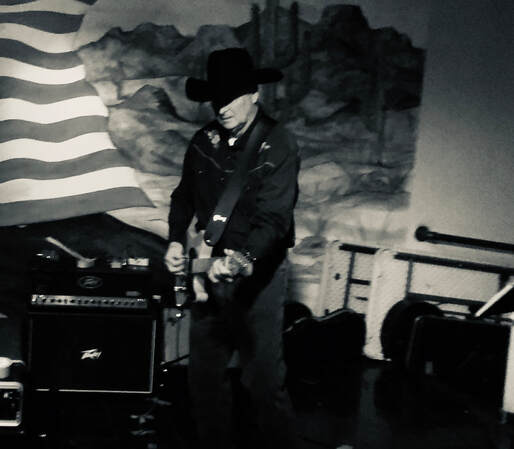 Bob started playing guitar at the age of 14. He also played piano, bass, and the harmonica. Choosing the guitar as his main instrument Bob played extensively starting in his high school years to playing (under age) throughout Southern California.
He studied guitar with world renowned jazz guitarist Ted Greene, then studied arranging and composition with Tom Chase under the guidance and mentoring of Lyle "Spud" Murphy, musical arranger for past greats as Benny Goodman and many others.

Later while in college he formed his own band which became popular in the Los Angeles area receiving a record deal .The deal was not a good one however, and Bob moved on to play with one of the founding members of the Phil Spector "Wall of Sound" Girl Group, The Orlons. After this Bob went on to play with Fusion and Country recording artists.
While he was playing in a popular Blues band, he received a call from Etta James who offered him a job with her band. He had other commitments at the time and was unable to accept. “Just talking to her was a genuine thrill.”
Bob lives in Henderson, Nevada with his wife Patti & their Alaskan husky - Anastasia . They enjoy road trips, hiking and being together with family and friends.
Having spent the last 20 years enjoying and playing Western Music, Bob answered an ad online and joined CrossFire playing lead guitar.  ​He is now playing in Sunset Ridge in Las Vegas and visits us from time to time. 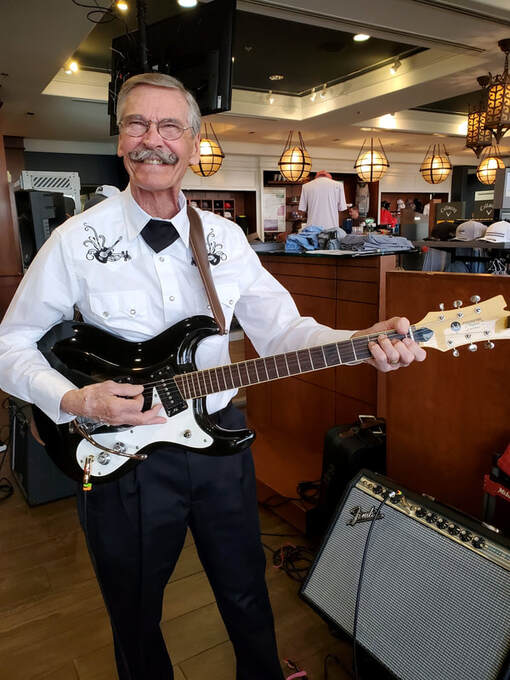 Has played rhythm guitar in various local bands including, Bluegrass, Country, Rock, Rockabilly, and Surf music.
Appreciates all genres of music, enjoys the outdoors, flown in light aircraft extensively around Alaska, was an avid hunter, fisherman, hiker, photographer, and holds a special love for dogs.
Curt has been married to Debbie for 51 years, lived in Alaska for 39 years, moved to Las Vegas in 2000. Now retired from 49 years in the airline industry as a General Manager in Alaska and Nevada. He is currently sitting out the COVID_19 stay at home orders and is woodshedding til the day he can get back to his Surf Band.